Winston Hodges mentions me in a blog

Winston Hodges mentions me in a blog post. He calls me ‘newer Indian guy’ because he didn’t want to mess up my name. Here’s what he had to say

“I get to Club Heaven and Hell and am told by Tom that this is supposed to be a better turnout than the previous night… I’d say at its peak there were 40+ people … He (Tom Mango, usual host) doesn’t feel well so he lets another comic host for him. I can’t remember his name but he is a newer Indian guy and he had some good jokes. The crowd dug him.” 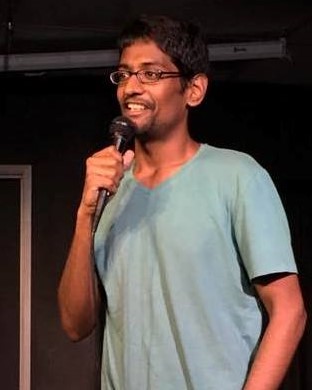